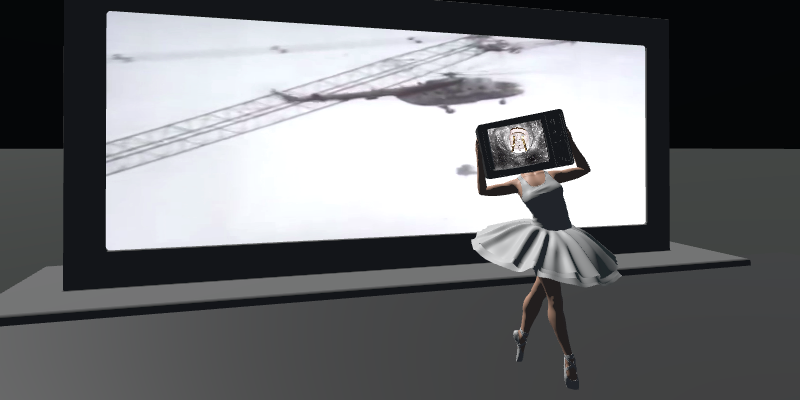 The Soviet authorities withheld information about the real consequences of the Chernobyl reactor explosion, they were giving hope to the evacuees to return home soon. Diseases of  thyroid began to be detected more frequently, but no one said that these diseases were the consequences of the Chernobyl accident. The reports from Chernobyl of Soviet media were as perfect as this ballerina. Her figure is distracting, entertaining, calming, inspiring. However, the wind blew away the radiation and the real data, the truth came out from the foreign media.