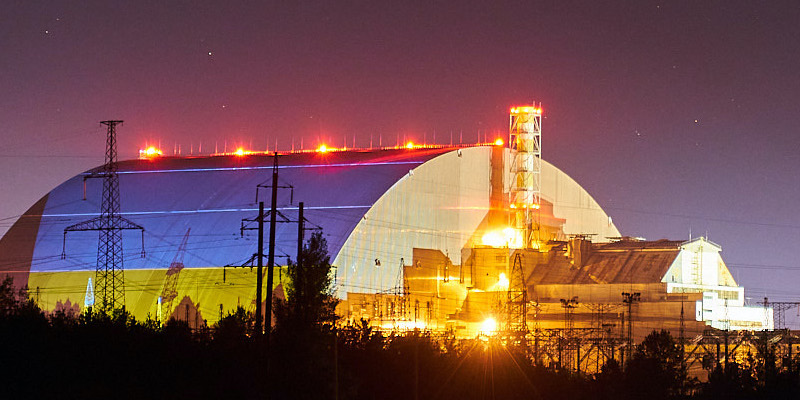 The National Flag Day and the Independence Day were celebrated with a light art installation: the Ukrainian flag on the Chernobyl New Safe Confinement (NSC), also known as New Shelter, built on top of the nuclear reactor, destroyed during the disaster in 1986.

The light projection also included the flags of more than 40 other countries that participated in the construction of the NSC, to give them thanks and honor, which is important for the perception of the Chernobyl disaster in the world. Light art installations have also appeared in other buildings and objects in the Chernobyl Exclusion Zone: the Pripyat Ferris wheel and the Chernobyl Cooling Tower.